For thousands of years, human beings have engaged in efforts to domesticate various animal species. The process predates written records; early people were quick to perceive the potential advantages of harnessing the strength of beasts of burden, such as the yak or buffalo, while livestock and poultry provided a surplus of food which helped enable agricultural, settled societies. But not all species seem to provide an obvious benefit for domestication; the bee, for instance, would seem to provide little more than honey as a reward.

Yet if you dig deeper, there are several benefits which justify a beekeeper’s investment in everything from protective equipment and gear to Varroa mite treatment and disease control. Here are some of the lesser-known products which we harvest from bees and what they can be used for.

Worker bees produce wax from specialized glands, which they use in hive construction – and humans have also applied this substance for their own purposes since prehistoric times. Scientific studies have shown that its antimicrobial properties may be promising in areas such as medicine and food preservation. As a sustainable process, you can probably come up with several potential uses of beeswax, from traditional candle-making to cosmetic production and other new applications.

Bees collect excess pollen and store it in their hive as a food source. Thus, beekeepers are able to harvest this as a byproduct. If you live in an urban area where natural pollinators are lacking, raw pollen can be the solution needed by local gardens and other horticultural efforts. Fermented pollen, or ‘bee bread’, is also consumed as a dietary supplement, although – as with many bee products – some individuals may experience an allergic reaction. 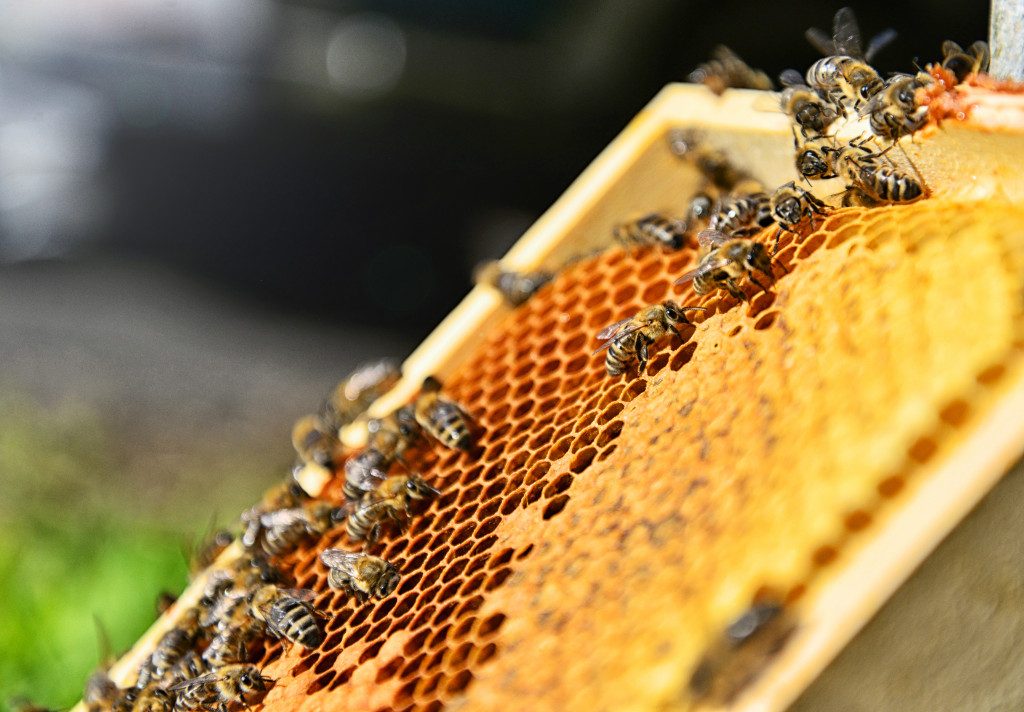 Also known as ‘bee glue’, propolis is a hive sealant created by bees from plant sap and similar resinous substances. Besides providing structural stability, propolis has antibacterial and antifungal properties which help protect the colony; it has been used in traditional medicine, although further research is needed to provide evidence of such benefits for human consumption. This natural glue could be the secret to more sustainable production of varnishes or waxes in the future.

Fed to the queen and select larvae, royal jelly is a ‘superfood’ which beekeepers use to help propagate new hives by stimulating the development of larvae into new queens. Medical research suggests that its properties as an antioxidant and anti-inflammatory agent can be used in treatments for neurodegenerative and age-related disorders, among others.

Although many cultures have an aversion to entomophagy, the practice of eating insects has been around for thousands of years. The pupae, or bee brood, have high protein content comparable to that of beef or poultry and are touted as a sustainable alternative to the adverse ecological impact of the modern meat industry.

Alternative therapy using bee-derived products, or apitherapy, is reported to benefit several conditions including arthritis, infection, neurologic and immune disorders. Though further studies are needed to provide full evidence of these benefits, products such as bee venom or treatments including breathing ‘hive air’ may provide relief from symptoms such as inflammation or asthma.

Though bee domestication has been practiced for millennia, the lesser-known products harvested through apiculture hold exciting potential uses and applications for both mainstream consumption and research alike. You can take these as inspiration for a new line of business or specialized study.